This city hotel is situated within a short walking distance from the JR Nara Station (200 metres away) and provides easy access to Kyoto and Osaka. In nearby Nara Park (2.8 km away), visitors can feed the free-roaming deer, which have become a symbol of the city and a designated National Treasure. Other nearby attractions include Naramachi (1.1 km away), Todaiji Temple (2.5 km away), Kasuga Taisha Shrine (3.2 km away), Heijo Palace Site (3.6 km away) and Yakushiji Temple (4.8 km away). Narita International Airport is approximately 50 km from the accommodation.This hotel is convenient for both business and leisure travellers. The 8-storey establishment comprises a total of 131 guest rooms, and offers amenities such as a laundry service.The guest rooms in the hotel are air-conditioned and come equipped with fridges, warm-water bathrooms with a shower/WC, hairdryers and flat-screen satellite/cable televisions with on-demand movies. Non-smoking rooms are also available.Guests wishing to play a round of golf will find a golf course within around 6.5 km of the hotel.The hotel offers guests a continental breakfast. 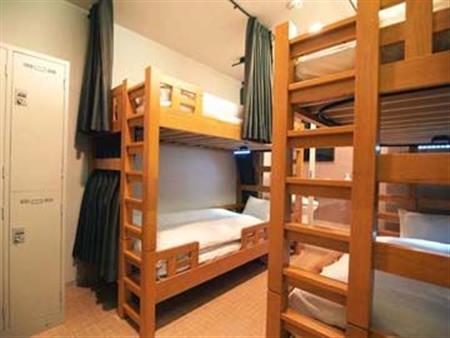 This hotel is a guesthouse with an atmosphere both European and American guesthouse and Japanese Ryokan, and the surrounding area have many historic(world heritage) sites and sightseeing area such as Todaiji Temple, Kofukuji Temple, Kasugataisha Shrine, Nara Park and so on. The rooms are small in size and furnished in simple style including shower booth, 32-in flat screen TV. High speed internet with LAN cable is also available in all rooms. There is bunk beds in twin room. There is no restaurant actually inside the hotel. The lobby is small in size and some sitting area and PC here, decorated in a Japanese traditional interior. 2-storey, black and orange building looks like a private house. Other amenities/ services Internet via television, Air conditioning, Television, Hairdryer, Voltage 100v, Very small sized lobby, Earliest check-in at 15 00, 2 floors

Conveniently located in the centre of Nara, Japan's first permanent capital city, and just a three-minute drive from the Kashiba interchange, this romantic adults-only hotel boasts stylish and modern rooms with neutral tones and warm lighting, which all include a luxurious massage chair, a karaoke facility and erotic items. Each well-appointed room has an attached bathroom with a bathtub. Smoking is allowed throughout the establishment. Guests will appreciate thoughtful touches such as bathrobes, slippers and free toiletries. Close to the property are several Buddhist temples, Shinto shrines and also an imperial palace. Within a twenty-minute train ride from the hotel is the famous Horyu-ji Temple, a World Heritage Site that was once one of the powerful Seven Great Temples and one of the oldest wooden buildings still existing in the world.

Free Wi-Fi is provided at the entire hotel.